CHRONICLE AND PHOTOS OF THE RALLY IN THE RUSSIAN EMBASSY IN ARGENTINA – FREE PUSSY RIOT!

Yesterday, Wednesday January 16th, we developed a rally in front of Russian embassy in Argentina, called by Las Piqueteras and the TPR as part of the international solidarity day with María Alyokhina. Comrade Ximena Neira, who militates in defense of the political prisoners in Russia, read a letter in Russian demanding Putin´s government freedom for them. After that, Argentinian Madonna´s Fans Club´s president express the commitment of that singer in the struggle for get Pussy Riot free. Finally, Juan Marino, on behalf of the TPR, and Daiana Asquini from Las Piqueteras spoke. The rally was covered by Crónica (Argentinian news channel) and by Reuters, the international news agency.

Nikolay Shelepov, the First Secretary of the Embassy, received informally the representatives of the rally. On behalf of Russian Embassy, he denied a formal meeting, not even to certify he received the press release and the letter in Russian given by the organizers. He even dared to justify Pussy Riot imprisonment saying they had made disturbances in an Orthodox Church.

Cristina´s government deployed a large anti-riot operation, with dozens of policemen, two trucks, motorcycles, hydrant trucks and a lot of fences in the Embassy´s corners. This shows the international policy of kirchnerism: while Cristina didn’t say a word supporting the claim of freedom for Pussy Riot and all political prisoners in Russia, she militarizes the Embassy to bully fighters and to defend Putin´s government.

The rally in Argentina was part of the demonstrations all around the world repudiating the judgment of the court who decided to keep María Alyokhina in jail. We have to step up in our efforts to boost popular mobilization and achieve freedom for Pussy Riot and all political prisoners in Russia.

Here you can see the photos: http://las-piqueteras.blogspot.com.ar/2013/01/free-pussy-riot-cronica-y-fotos-del.html 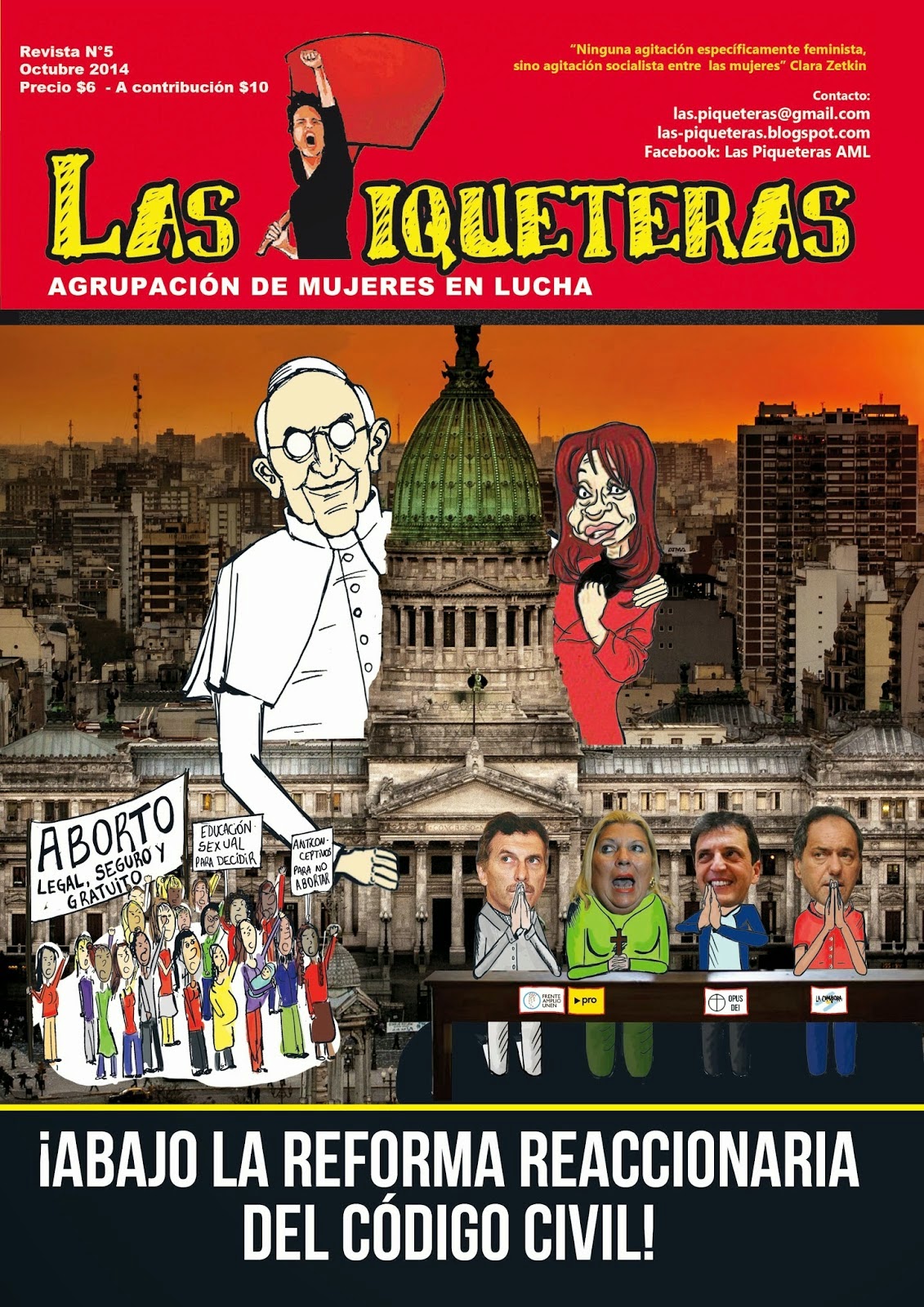 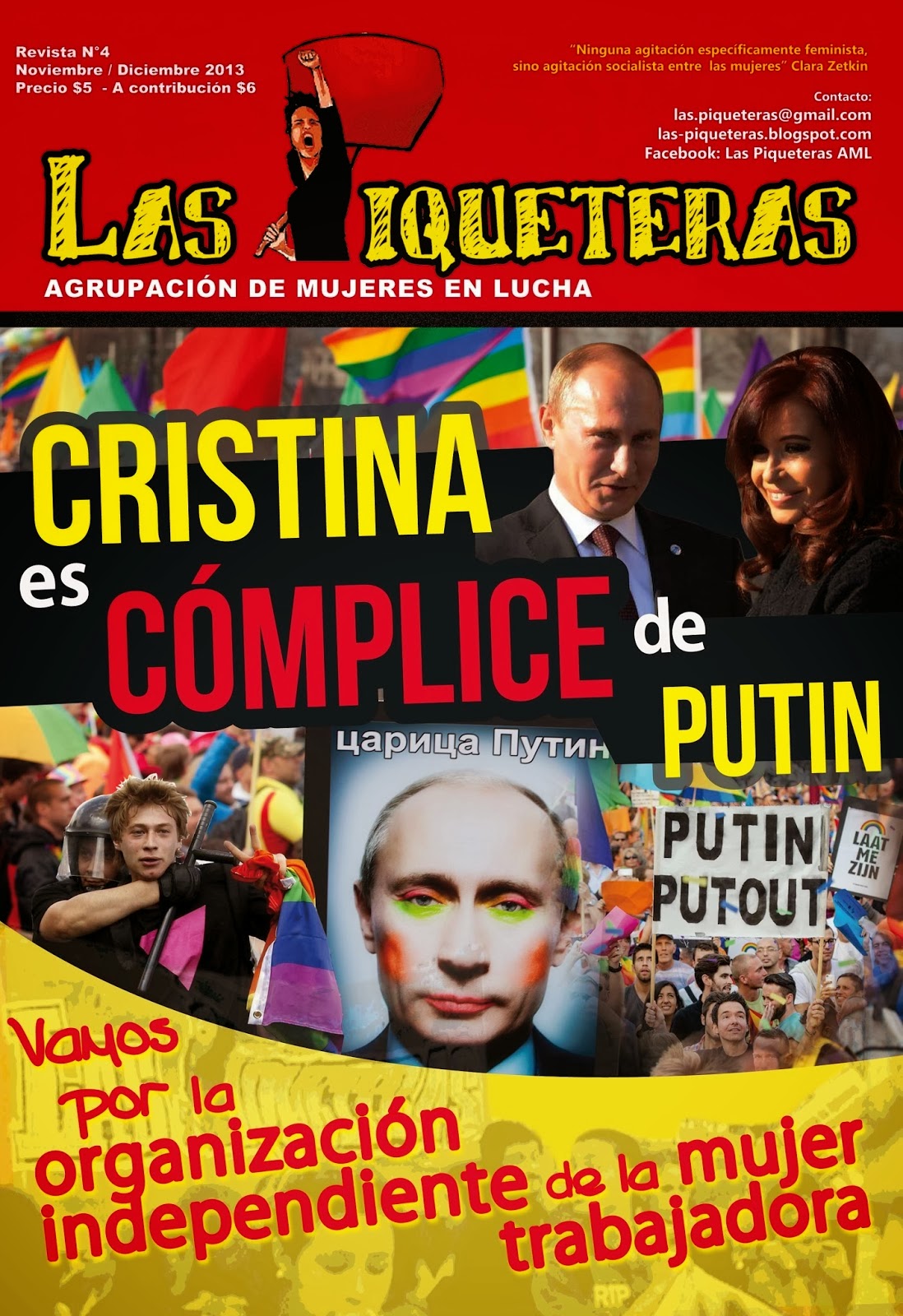 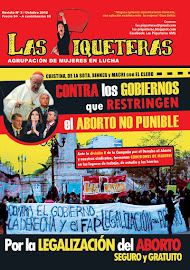 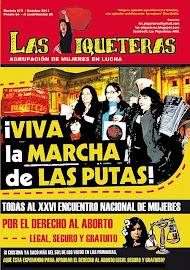 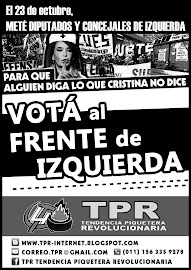 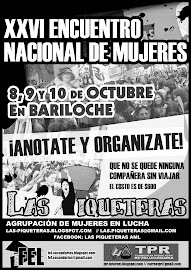 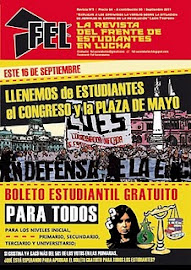 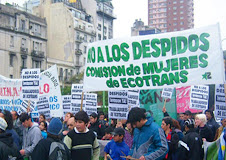 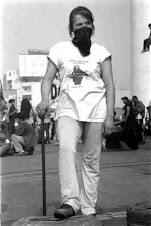 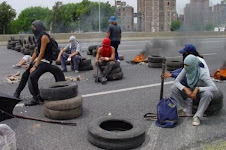 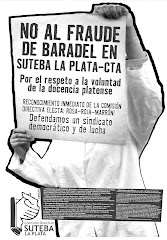